The Southwest (mostly) Ned Roberts spider garden has had a new kid in bloom almost every day.  As I toured my gardens last evening, I noted that one labeled Desert Flame was obviously about to bloom.  So, this morning, I headed out to see if it had given birth.  And, there was a gorgeous orange bloom.  Breath taking. 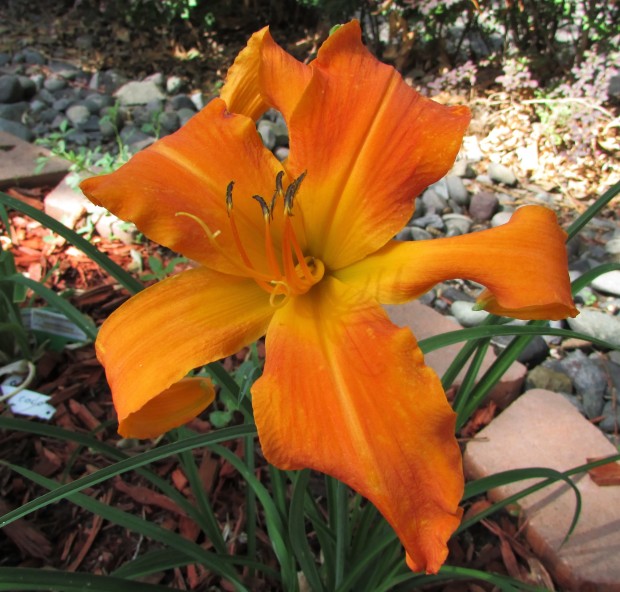 So, I scurried in to attend a webinar after getting some photos.  When the webinar was cancelled, I played with the photos a bit and posted the beauty to the American Hemerocallis Society page.  And, immediately several posted that my bloom was no Desert Flame . . . it looks like Primal Scream.  It’s one I bought locally to fill in some left over space in the new Southwestern garden.  I have another new Primal Scream in the main garden.  Maybe I should move them together once its blooms are done.  [The ones below are web photos of Desert Flame and Primal Scream (in that order).  What do you think?] 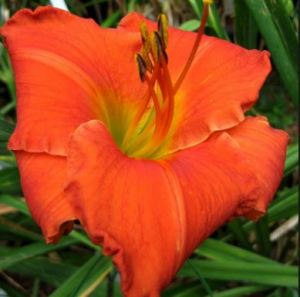 Interestingly enough, that same nursery had some unmarked daylilies.  I asked what they were.  They had no idea.  None of the tags matched.  They sold me one for half price . . . and I took their advise to pot it until it blooms.  So, it sits (unbloomed) on my front porch.  And, now I wonder if that will be the real Desert Flame.  (PS Primal Scream is more popular/expensive, so the daylily folks think I got a good deal). I guess it is good just to savor the beauty. 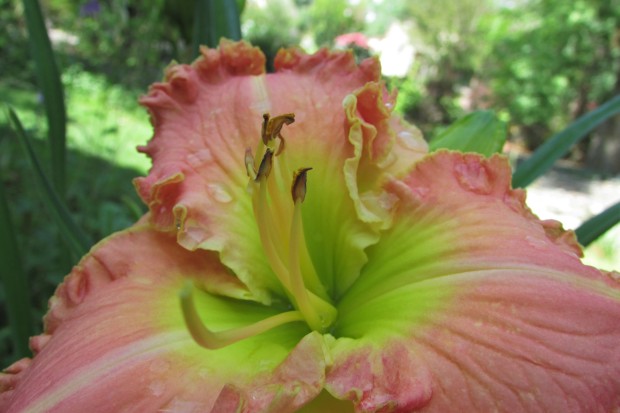 Mesa Verde is back

As is Chief Four (Three) Fingers 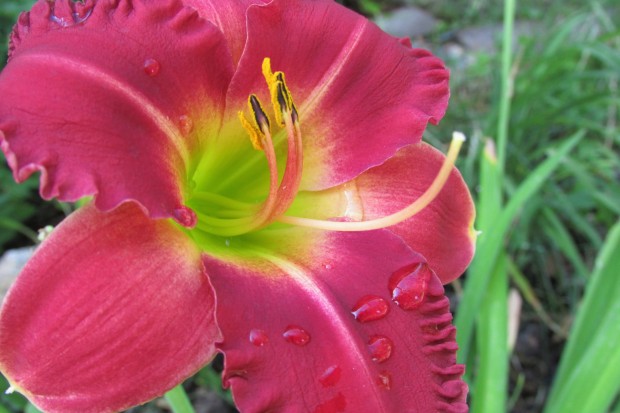 As we move into peak season, I may post photos of the new blooms as big photos.  And, make a collage or two with the others.  Maybe themes – like by color or garden.  I don’t know.  But it calls on my creativity strength.  So, it will be fun. Too bad I can’t count this toward my clinical hours.  It’s positive psychology related!