“My mom just painted a mural on the neighbor’s garage,” my daughter told the friend she was chatting with on the phone.  The year was 1998 and I had just purchased my home, which came with murals on the garage.  I live on a split lot, so the side of my neighbor’s garage is also my back fence.  It never occurred to me that was wrong to paint it.  In fact, I am likely helping preserve the old wood building by keeping it painted. 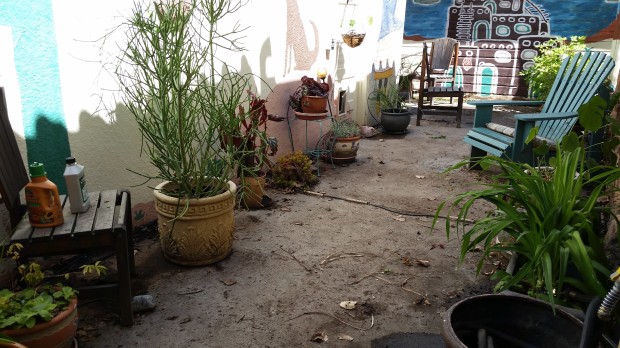 I knew I wanted a Southwest feel, so I took a Native American pot off my fireplace (BTW, five moves and 22 years later it is back on the mantel) and painted the Monument Valley design that was on the pot across the top of the mural. 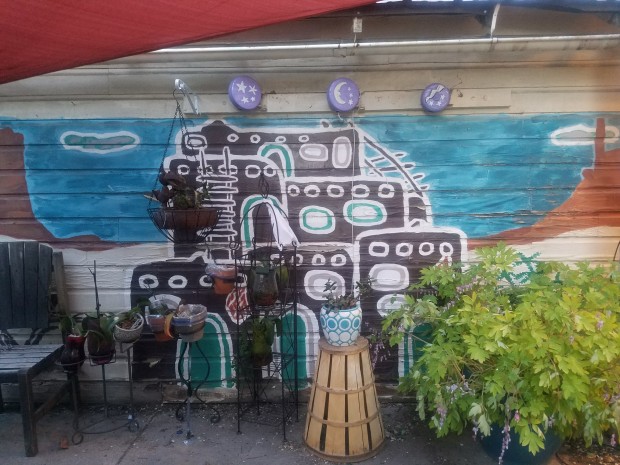 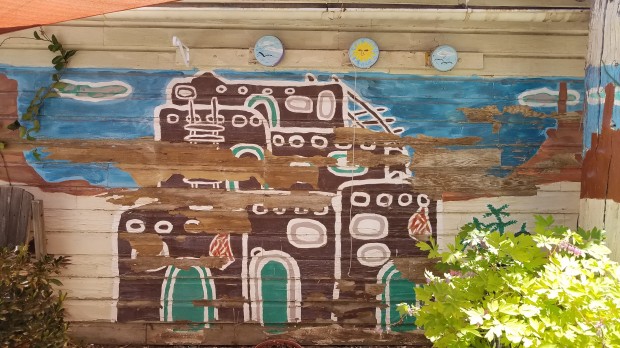 The mural in 2020 after stripping loose paint off.

It wasn’t until 2011 that I revitalized it, again.  This time, I added a Native American Pueblo off some artwork on my wall.   Now, anyone who knows the Southwest knows I am mixing my metaphors on that mural.  Monument Valley does not have Native America pueblos.  But, oh well, the original mural on the garage is the Senora desert.  It is like a collage of my spring road trip right in my own back yard. 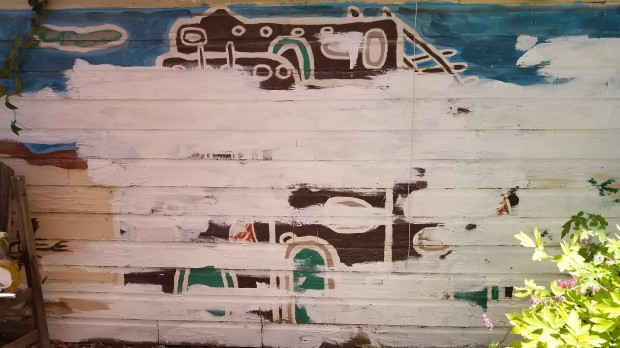 The paint was curling bad this spring.  It looked as bad as I have seen it.  Maybe it’s cause I have my orchids under the shade sail against part of the wall, so it stays more humid. 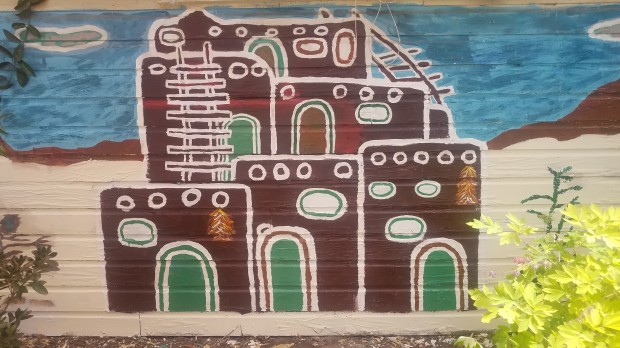 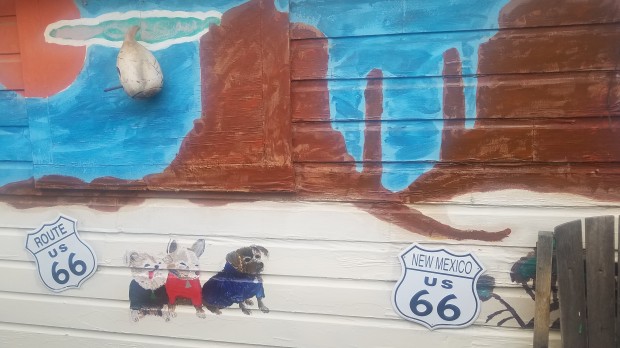 Another section of the mural now has my dogs added.

Anyway, I stripped it down to wood where the paint was peeling and used primer to help hold the paint down better.  It was a project that took all weekend.  Well, I added my dogs, and that took time.  And, I am working on a new Native American powwow dancer for the other wall. 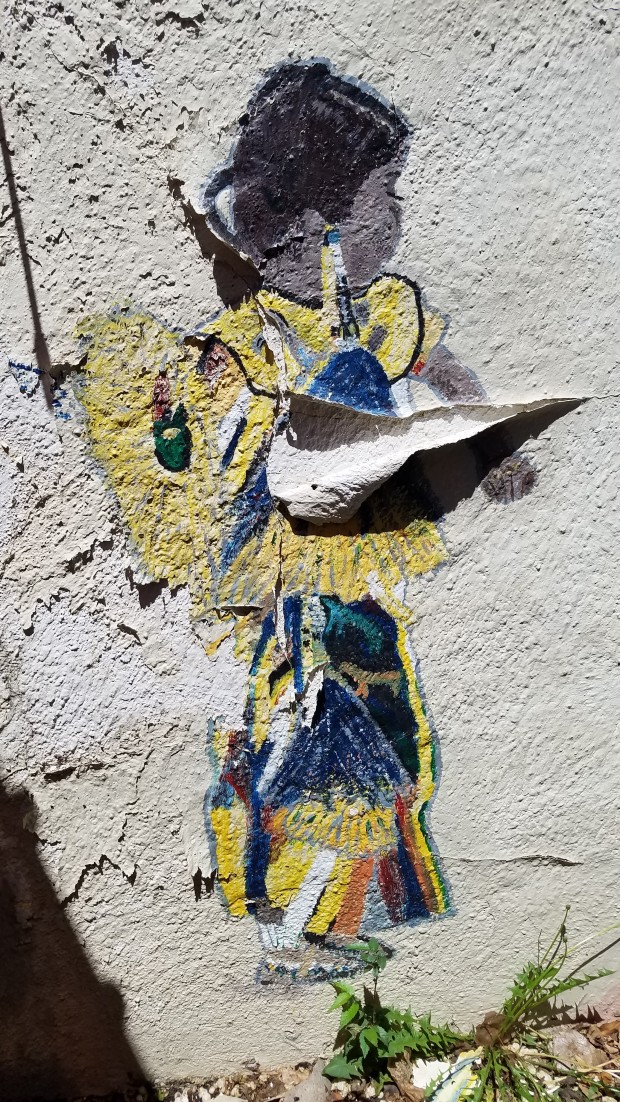 Next week, I will finish the dancer and add some hoodoos from Goblin Valley to the area that has the dogs.  Hopefully, it won’t take all weekend. 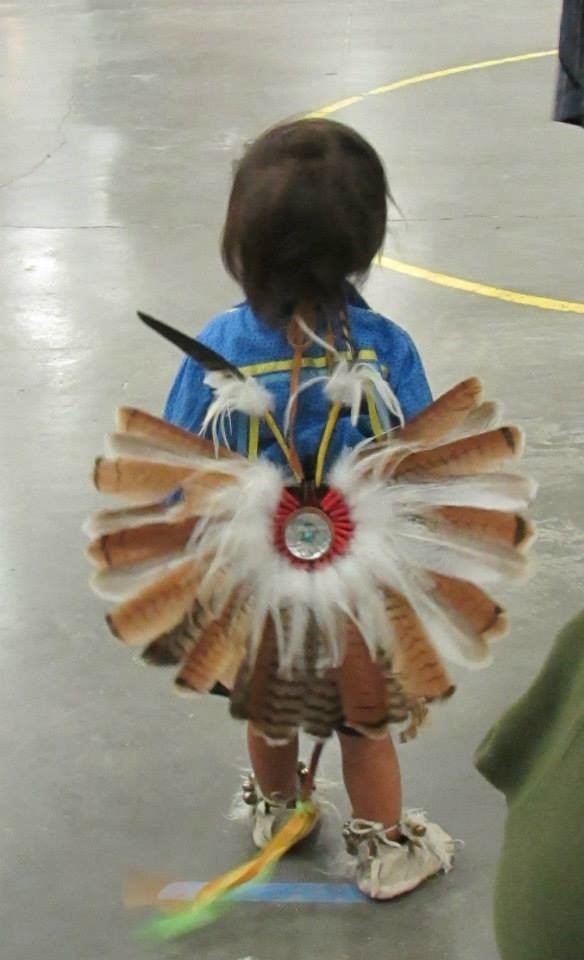 New painting will be a likeness of this young dancer

Pueblo Dancer is the name of a daylily in my Southwest garden.  I have had her several years, she came with a bunch of Ned Roberts daylilies.  The only thing is, I think she is mislabeled because she was suppose to be a tall daylily, and she is not. 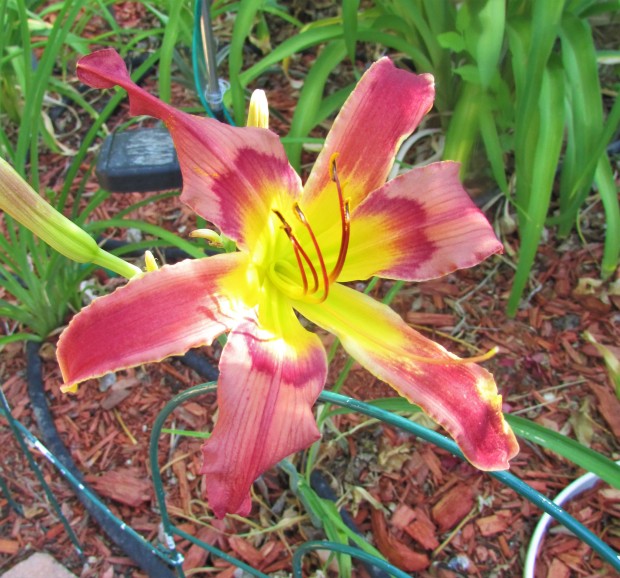 She doesn’t look like that much the pictures of the cultivator, Pueblo Dancer.  I would love anyone’s input on who she really is – or is she herself? Maybe she just isn’t happy in my yard?  At any rate, next weekend, I will be adding this Native American dancer to the mural near the pueblo.  A new pueblo dancer to replace the peeled one. 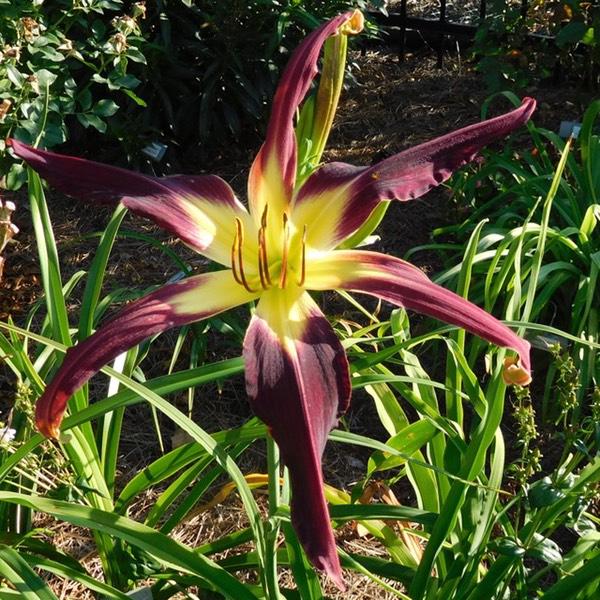 I have to thank the stay-at home (and COVID-19) for helping me to find my creative side.  I do better with a schedule I can flex.  It is just how creatives are.