Route 66 is, of course, a famous highway that runs partially through the Southwest.  We usually pass over it going and coming from our spring road trip to the desert.  Route 66 is also the name of one of my favorite daylilies.  It was the first place name daylily that I got and after that, I was hooked.  My daylily names are like points on a road trip a lot of the time.

Today, I had 66 cultivators blooming in my yard.  I was thinking about Route 66 (she was in bloom and is the lead photo) and my own route to having 66 daylilies in bloom in one day.  In 2015, I had 7.  I now have 10X the number of daylilies.  How did I get here? . . . well, I started at local nurseries.  Then I tried one online site, then another.  Eventually, I got attached to my Ned Roberts spiders and found a couple growers with good supplies of those. (I now have around 70 of his cultivators.)  I also found the lily auction – which was fun but I get into trouble on that site.  LOL.

Some of the daylilies I got in 2015/16 are having their first bloom this year.  I think it takes them time to adapt to the desert – and last year, we had the exceptional drought.  The year before that, I transplanted them into buried pots – so that was another adjustment.  Anyway – it is cool to finally see some of these after tending them for a few years.

A couple of our Premiers today have been around that long and finally blooming.  One is Navajo Grey Hills and another is Fringe Benefit.  Navajo Grey Hills was a sought after Ned Roberts Southwest named daylily.  Fringe Benefit, on the other hand, was a bonus plant that looks nothing like the Fringe Benefit I see online.  But, oh well.  I honestly had no idea what it looked like until today.  I like both of them a lot! 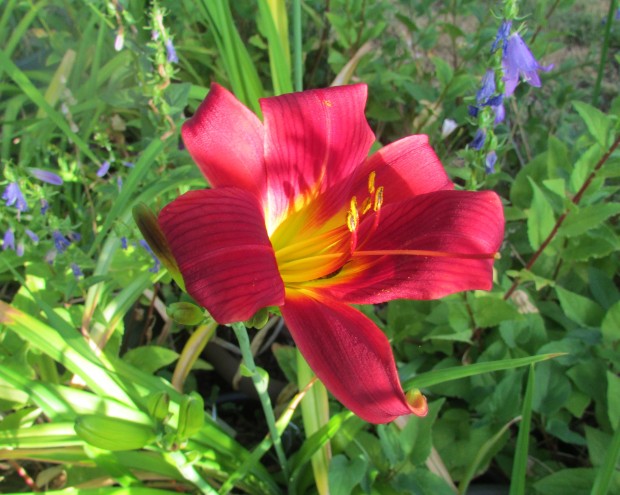 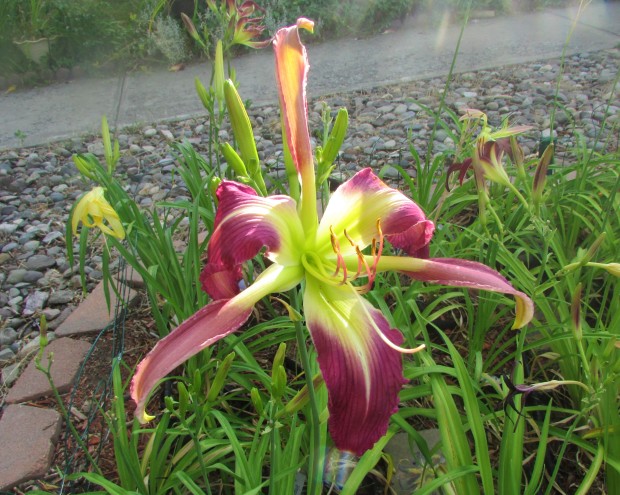 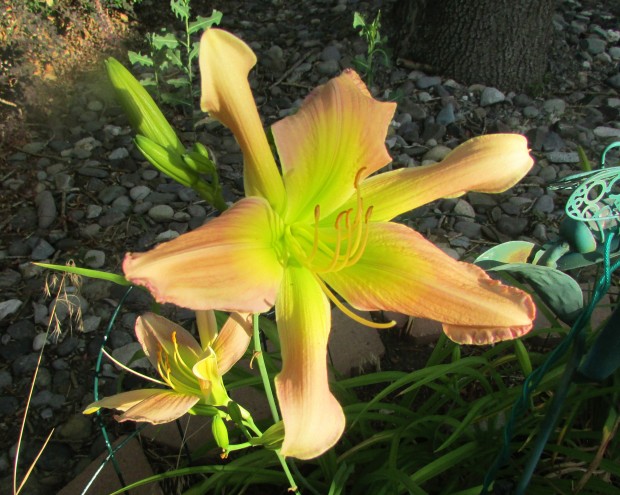 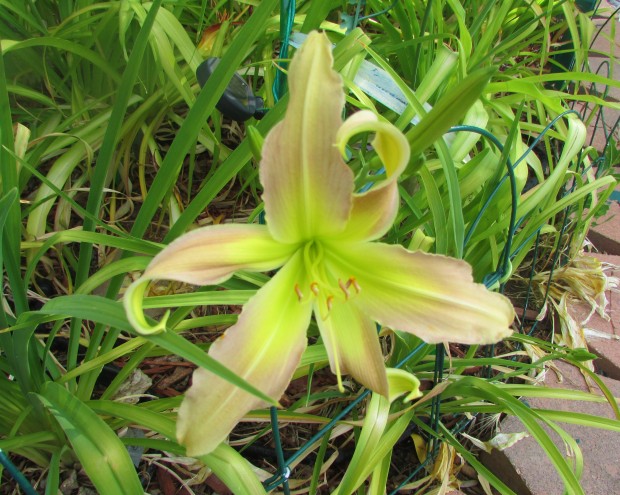